James Harrison’s photographic assemblage “Dragon Slayer” is an introspective narrative manifested in a medium that thoroughly embodies the mid-century New York collage art movement. This work was created in 1966 with a series of ten black and white photos taken by friend and photographer Doug Quackenbush. Harrison cleverly crafts his story from the bottom up - leading with a photo of himself illuminated in a projection spotlight before a piece of his own art. It looks to be one of his “speed-drawings” with large area cut away, the negative spaces forming an abstracted silhouette of a man, possibly a self-portrait. Harrison appears contemplative before turning provokingly to face the camera and proceeding to destroy his art with broad sweeping arms.

There is an undeniable craft to destruction that Harrison beautifully masters in this piece. Similar to Robert Rauschenberg’s “Erased de Kooning” (1953), Harrison metamorphically created art through the deliberate vandalization of art. The vertically aligned images deliver a ‘film strip’ aesthetic with a dynamic anecdotal energy. When viewed chronologically in ascending order, “Dragon Slayer” can be read as a tale of destruction and self-sabotage. More notably, when viewed from the top-down the narrative is one of rebirth and regeneration. The dichotomy of purification through devastation and chronic pursuit of psychological and spiritual redemption is prevalent in Harrison’s work. While the origins of the title are unknown, it is interesting to note that Harrison was a follower of Jungian psychology which believed the dragon to symbolize the collective unconscious, rife with primordial moral, cultural, and religious convictions. The slayer, a heroic archetype representing the ego, must battle the dragon to achieve the true transcendence that Harrison invariably fought for.

Currently priced at $1,200. To purchase this work, please go to: https://www.michiganartgallery.com/inquiries-contact.html. Email info@schmidtsantiques.com or call 734-330-575 with any questions. 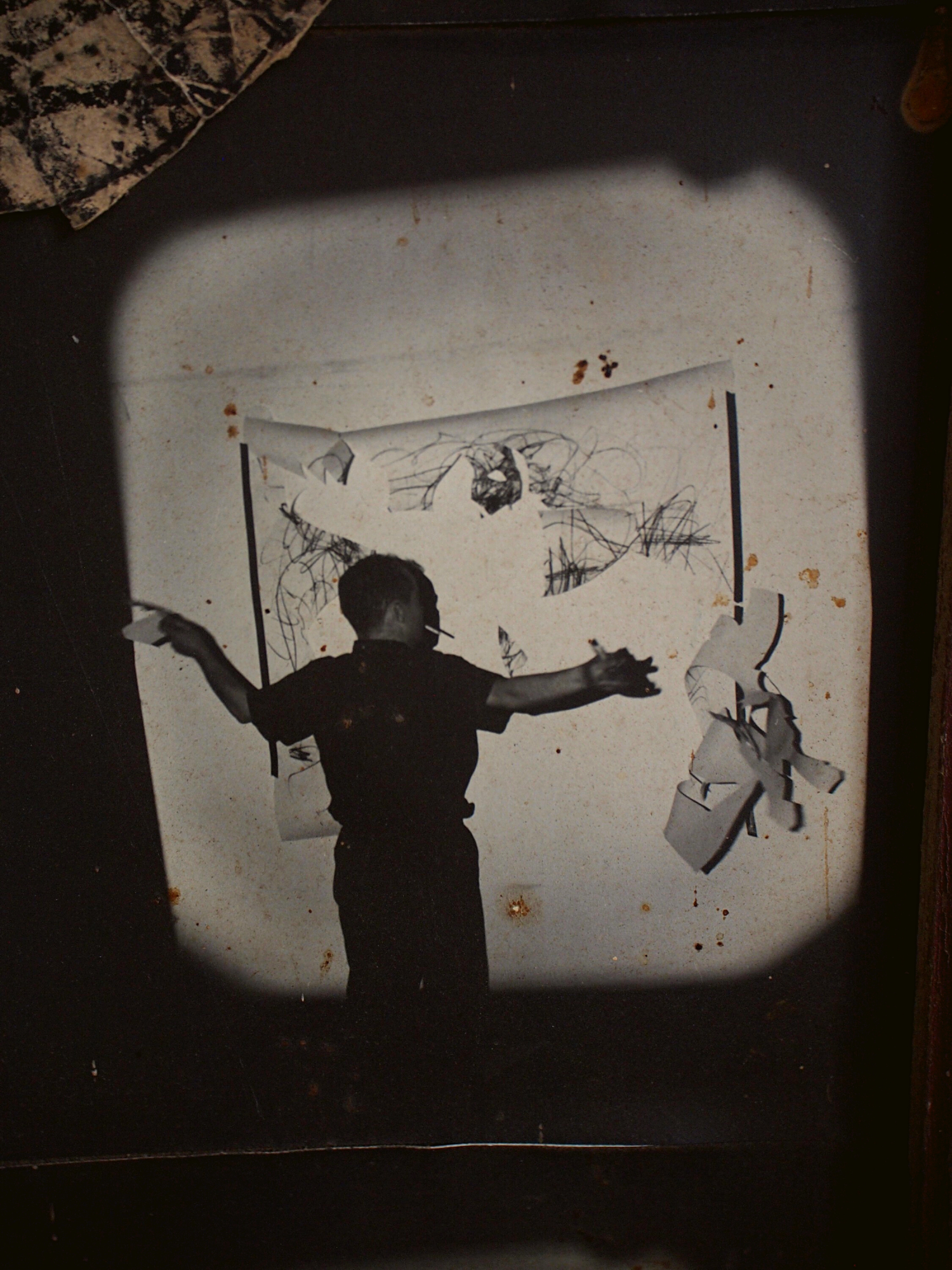 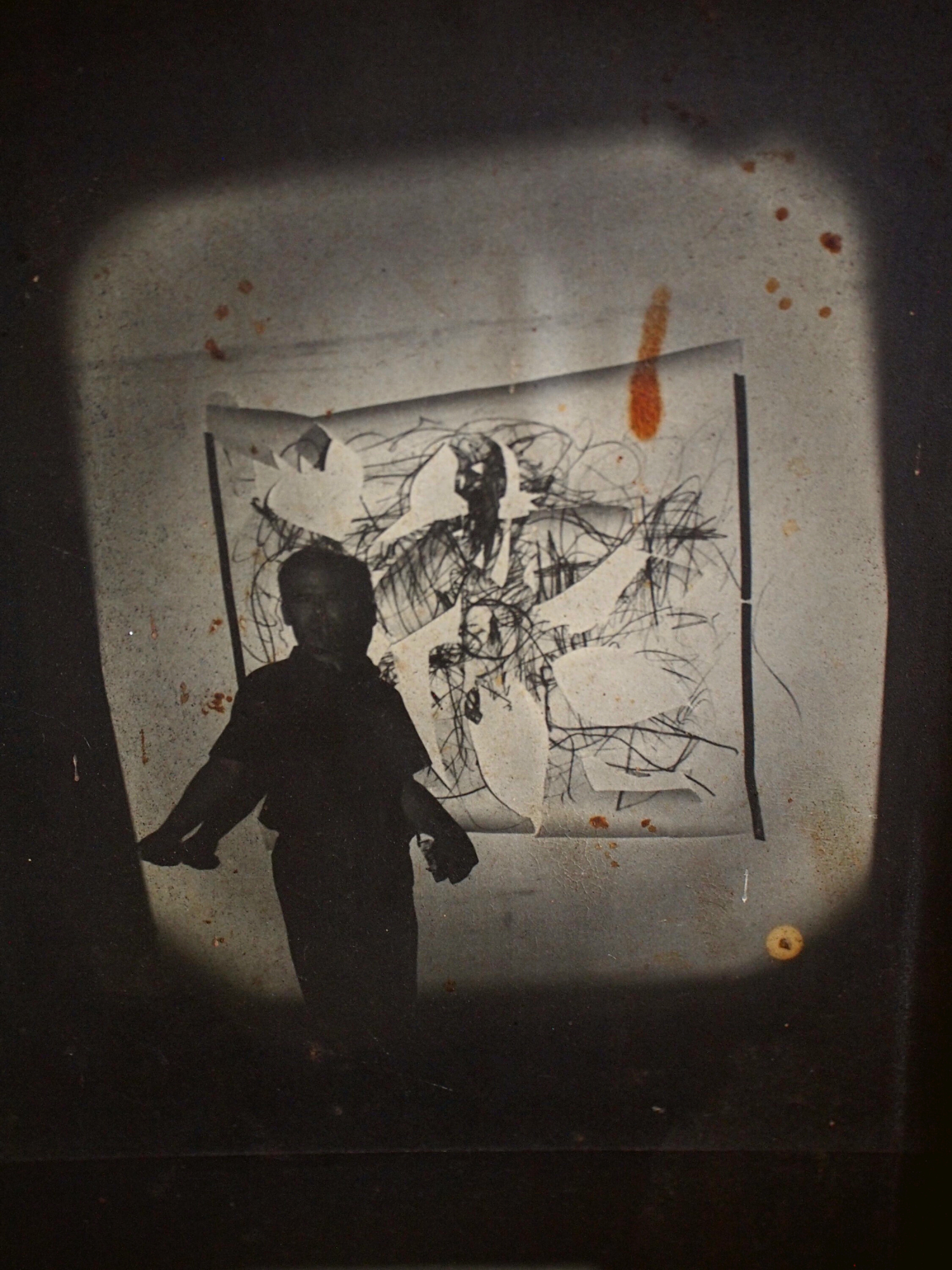